Five marketing mistake examples and what we can learn from them

With so much content fighting for attention in a crowded digital landscape, some marketing campaigns generate attention for the wrong reasons.

From tone deaf campaigns to hashtag fails, let’s take a look at five examples of marketing mistakes and what we can learn from them.

Still reeling from the twin tragedies that took 537 lives in 2014, Malaysian Airlines made international headlines with the re-release of a previously successful campaign ‘My Ultimate Bucket List’. Customers were asked to list the destinations they’d like to visit before they die for the chance to win flights and other prizes.

With the past success of the campaign in mind, Malasian Airlines failed to pivot their strategy to reflect the times.

The public was quick to criticise the ill-advised marketing ploy, labelling the campaign insensitive and tone deaf.

Within a few days Malaysian airlines had apologised and changed the name of the campaign to ‘Your ultimate to-do list’ but the damage was already done and the campaign was eventually pulled.

Lesson: Context is everything. Successful marketing speaks to the times, reflecting and contributing to public dialogue in an authentic way. Not all content will work at all times.

The email was shared and slammed on social media, generating a wave of criticism towards the brand for its thoughtless phrasing.

Three hours after the email was sent out, Adidas released a statement on social media taking responsibility and sincerely apologizing for the tone-deaf email. The statement recognised the marathon as “one of the most inspirational sporting events in the world” representing “hope and resiliency”.

Lesson: Always be empathetic. How well you understand the hopes, fears, beliefs and attitudes of your audience will determine the success of your marketing. And if you get it wrong, act quickly, take responsibility and show compassion.

Woolworths: Fresh in Our Memories

In the lead up to the Gallipoli centenary in 2015, supermarket giant Woolworths launched their Anzac Day campaign, encouraging customers to upload images of Anzac soldiers to a ‘profile picture generator’ which branded the picture with the company logo, the words “Lest We Forget: Anzac 1915-2015” and the phrase “Fresh in our Memories”.

The campaign generated a flood of complaints criticising its commodification of remembrance, appropriation of tragedy for self-promotion, and trivialisation of war.

Minister for Veteran’s Affairs, Michael Ronaldson, condemned the campaign for its insensitivity and non-compliance with the Protection of the Word Anzac Act 1920, which requires the senator’s authorisation for commercial use of the word.

Although Woolworths insisted the campaign was an attempt to mark their respect for Anzacs and veterans and was not intended as a marketing strategy, they removed the campaign from their website.

Lesson: More and more brands are embracing purpose-driven marketing that speaks to the issues their audiences care about. But you must be authentic. While standing for something important is often looked on favourably by consumers, hijacking or piggy-backing off a social issue to promote your brand or sell products is not.

In 2012, the release of Britain’s Got Talent opera star Susan Boyle’s album was announced on Twitter using the hashtag #susanalbumparty. Twitter users quickly noticed an unfortunate double entendre. What should have read #SusanAlbumParty was widely shared and mocked as #SusAnalBumParty.

The singer’s PR team declined to comment and deleted the original tweet, but it was already trending worldwide.

Lesson: Fresh eyes never hurt. When producing any kind of copy on behalf of a business or individual it is important that the tone and content of that copy is in line with their brand and audience. Having checking processes in place will minimise the chance of a blunder of this scale. Particularly on social media, where immediacy and shareability aren’t always your friend.

In 2014, thousands of women on Twitter shared their experiences of domestic violence using the hashtags #whyistayed and #whyileft. Following leaked footage of American NRL player, Ray Rice, knocking out his fiancee, several Fox News anchors had criticised women who stay in abusive relationships and victims of abuse used the hashtags to explain why “just leaving” is not always a realistic or safe solution.

Frozen pizza brand DiGiorno’s had frequently incorporated trending hashtags in their witty and generally well-received tweets. Unfortunately, they failed to understand the implications of this particularly trend when they tweeted “#WhyIStayed You had pizza.”

The backlash was immediate and within minutes the tweet had been deleted. DiGiorno apologised for their carelessness and inappropriate use of this trending topic admitting they “did not read what the hashtag was about before posting”. They spent the next few days tweeting direct apologies to many of the individuals who had been upset by the mistake.

Lesson: Hashtags are just as important as any other copy you produce for your brand and should be chosen carefully. Good hashtags add value or context to your message and reflect your overall brand personality. Don’t hashtag for the sake of it. And definitely don’t jump on a trending hashtag bandwagon before understanding the context. 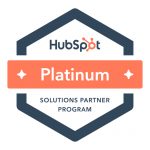