CASE STUDY: How we increased page views by 5472% in 2 weeks without advertising

In early 2019, we were introduced to Snewpit, a citizen journalism / social media startup designed to make reporting on, and discovering, relevant, local news easy and accessible.

Since then, Kudos Media has been developing and implementing Snewpit’s marketing and communications including:

One recent campaign that saw particular success was a press campaign in March 2020.

The Snewpit team had added a “Coronavirus” category to its app and were keen to inform people and help them track the pandemic through user-generated case reporting.

Through Kudos Media’s media/public relations services and contacts, numerous mainstream media outlets covered Snewpit, including the front page of News.com.au and The Daily Telegraph along with most other major News Limited publications, as well as mainstream primetime radio.

The resulting flood of traffic briefly crashed Snewpit’s servers before they were upgraded to handle the surge of new user signups and app engagement, outlined in the table below.

And the campaign’s success has been sticky with new users continuing to use the app, both for reporting coronavirus and other news.

While there were numerous factors that lead to the success of this campaign, notably its timeliness and relevance, without that being appropriately framed and communicated through relevant channels, the opportunity would have been lost in a sea of competition.

So, if you have something important to say and are trying to cut through the clutter, contact us today to discuss how we can assist. 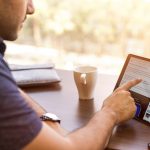 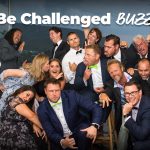