What is Native Advertising?

As media consumption habits are increasingly digital and mobile, interruptive advertising such as banner ads are failing to engage, with average click through rates (CTRs) of 0.25 per cent.

That’s nothing to write home about, especially when compared to the first banner ad in 1994, which had a CTR of 44 per cent.

Instead, brands are increasingly seeding their own branded content on third party publisher websites as native advertising (once known as “advertorial”), and social channels such as Facebook’s Ads (“sponsored posts”).

And they are winning. Business Insider reports that one-third of millennials have bought from a brand after seeing a sponsored post.

These types of figures have seen a meteoric rise in native advertising with successful content sharing networks such as Outbrain achieving incredibly fast success as global publishers have jumped on board to offer their audiences to advertisers. You have probably seen these native ads on websites under the headings “Recommended for you” or “You may also like this”.

Business Insider reports that forecasts expect native display ads to drive 74 per cent of all ad revenue in the US by 2021.

In Australia alone, Facebook has a total advertising audience of 16 million, or 79 per cent of people aged 13 and over, with the average user clicking on 14 Facebook ads every month.

Part of the success of native advertising is driven by its ability to be integrated seamlessly and with contextual relevancy into the organic content in which it is served.

Given how much data organisations like Facebook have on their audiences (rightly or wrongly), native advertising also succeeds because it delivers content relevant to people as individuals, tailored to their informational desires.

That said, if the content is garbage or simply a corporate message, it doesn’t matter how well targeted it is, or how much you spend seeding it, it will fail to gain traction.

What’s more audiences will be unimpressed when they click on what they understood to be content and ultimately the credibility of both advertiser and publisher will be undermined.

With quality – and sharable – content, native advertising is an incredibly powerful amplification medium that can produce excellent results. 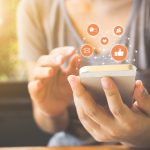 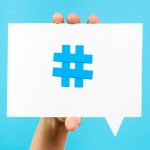