In an increasingly fragmented mediascape, with a sea of information at everyone’s fingertips, consumers are demanding more than ever. They want relevant information served to them how and when they want it.

They want details clearly defined, with features, benefits and costs shown in an easily digestible format. They want instant clarity.

Research into successful companies shows much of their success comes not from having the best people or facilities (although that helps) but from investing time and resources into ideas creation and innovation. Spotting trends and delivering into those spaces.

If you are yet to make your website mobile and tablet responsive or develop an app (if relevant), then you are already behind the eight ball and have almost certainly lost business to competitors who are already delivering content intuitively on mobile devices.

The Australian Media and Communications Authority (ACMA) found that 87 per cent Australian internet users (which is 89 per cent of us) accessed the internet via a mobile phone in June 2018.

Laptops were the next most popular device to access the internet, with 72 per cent of users, while tablets took out third place with 61 per cent.

In terms of mobile and tablet ownership, a 2018 Deloitte study found similar numbers: 89 per cent of Australians own a smartphone and 82 per cent own a tablet or eReader.

A recent shift has also been seen in mobile plans, with included data allowances increasing. 42 per cent of smartphone users now have more than 5GB of data on their mobile plans compared to 29 per cent in 2017.

Unlimited mobile data plans have also hit the market, making it likely that a new wave of mobile data consumption will follow, especially with the rollout of 5G mobile networks increasing download speeds by as much as five times compared to 4G networks.

Much of their use will be app driven, rather than mobile browsers: 2017 research found that Australians used an average of 36 different apps per month, six more than the global average of 30.

Furthermore, 75 per cent of Aussies use apps to communicate with one another.

Our propensity to pay online has also increased. In 2017, 20 per cent of online purchases were made using a mobile phone, compared to less than 10 per cent in 2015.

It’s becoming more important than ever to be mobile and tablet-friendly in all aspects of your business, whether it’s a responsive website or an e-commerce integration with your app to successfully drive sales.

The online tidal wave has already hit, but luckily it is relatively easy to take your current assets such as printed brochures, catalogues or custom publications and turn them into beautiful content rich digital media.

Building a mobile/tablet responsive website is a bigger task. It is possible to re-code the framework of your existing website to make it responsive, however a rebuild is a better option.

Then, content must be tailored for mobile digital consumption. It should be searchable, shareable and optimised for the delivery platform and reason for publishing.

Once you are tablet and mobile optimised, you can start thinking about wearable tech might fit into your content strategy.

As of 2018, 28 per cent of Australians own either a smartwatch or a fitness band, allowing for highly targeted message delivery based on real-time user behaviour.

It comes back to ideas creation and innovation. How can you deliver information, or add value to your customers on the platforms and channels of tomorrow?

So that when, all of a sudden, 67 per cent of people are using wearable media, you have long since assessed whether it is worthwhile for your brand to develop an offering in that space. 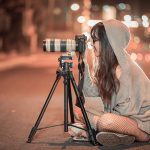